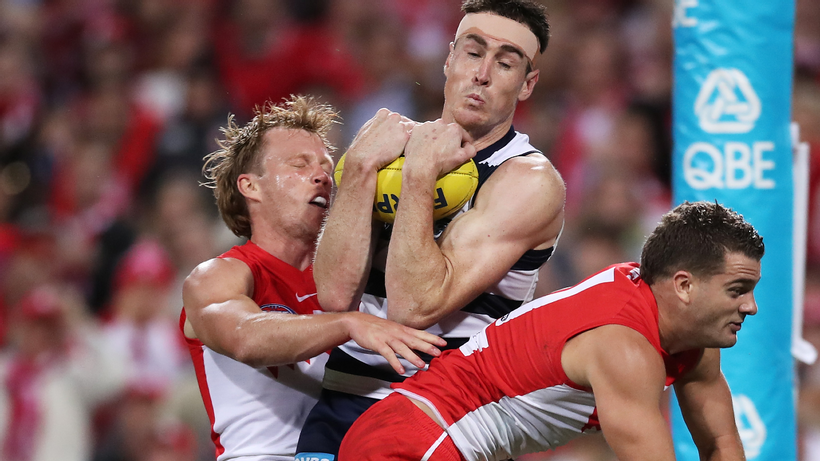 AFL great Leigh Montagna has called on the league to introduce a ‘captain’s challenge’ system, following the controversial ending in the Swans win over the Cats on Saturday night.
Marquee Geelong signing Jeremy Cameron thought he had marked the ball just metres out from his team’s goal in the dying seconds of Sydney’s 14. 6. (90) to 13. 10. (88) win at the SCG, only for the umpire to call play on due to his belief that the ball did not travel the required distance.
Jeremy Cameron of the Cats takes… 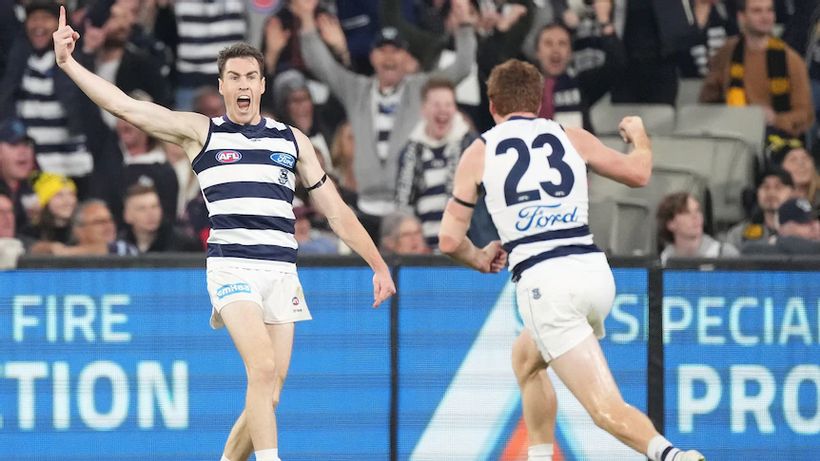